HONGKONGBODEGA
As a scriptwriter, story editor and offline editor (Premiere Pro and Final Cut Pro), I've worked for SCMP, CNN International, Marshmallow Media and Siren Films as well as with various corporate and educational clients: Capsys Group, HK Trade Development Council, South Island School, City University HK, among others. I consider story structure to be one of my strengths as a writer and editor, and I love nothing more than tackling a project in need of creative solutions.

My own short films have screened at festivals in London, Los Angeles, Sydney, Toronto and Cork and on National Geographic Asia. Here's a selection: 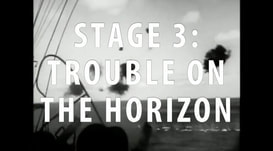 The 8 Stages of Puzzle Building
2016, 2 minutes
Eisenhower, MacArthur... Dad. Building puzzles is a military campaign in this comedy short.
View on Vimeo 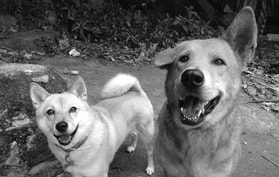 For Dog Lovers Only
2014, 4 minutes
Two dogs meet on the beach - a spirited girl and her brooding paramour - and in the spirit of the French New Wave, their tryst is brief, tender and bittersweet.
View on Vimeo
Awards: Good Dog! International Film Festival Encouragement Award.
Screenings: Los Angeles New Media Film Festival.

Out on the running trails, a boy tries to impress some girls. But when he trips and falls, the forest closes in and he confronts a presence even more formidable than the opposite sex.
View on Vimeo 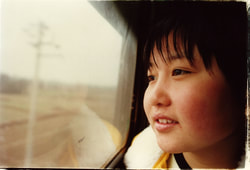